Born in Sukhum (Abkhazia/USSR). A graduate of the music/acting department of the Russian Academy of Theatre Arts (RATI / GITIS – Moscow) along with the Music College (Moscow State Conservatory) in Violin. Raven started her career as an Opera Singer, even during those studies was actively performing on Jazz and club stages in Moscow.

2005 Tamara moved to Poland where she fast establish herself in the Polish music scene. 2010 saw Tamara release her debut album “The Few Of My Favorite”. Tamara an internationally renowned performer with appearances including Poland, Russia, UK, Europe and Turkey.

Tamara can perform with any size combinations of bands, ranging from solo to big bands, some bands that Tamara already been on stage with include Igor Butman (Russia), Tony Cimorosi (USA), Didier Del Aguila (France), Adam Lewandowski (Poland).

Tamara has received numerous award including the Caucasus “Golden Microphone”.

2019 Tamara relocated to London where she is now based. Soon to be releasing her second album (Watch this space!)

Tamara is also available as a Vocal and Instrumental coach.

Tamara’s debut album ‘A Few of My Favorite’ 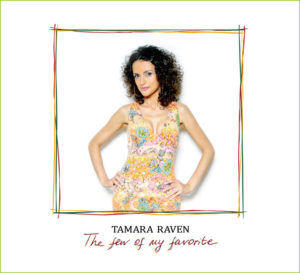 ‘A Few of My Favorite’ by Tamara Raven is available to buy!